It is a dark and rainy night. I can breathe a sigh of clichéd relief. The dropping temperature and lack of ultra-violet soaking through the curtains and washing the children with evening energy means that finally both have stopped bothering me and, for the rest of my small evening, there is time to myself. At least until the husband returns [husband returns mid-sentence]. So.

There was a time when I did not realise how precious evenings were. I took them for granted. I assumed that when you were a grown-up and were actually allowed to stay up, that you would want to. Perhaps we grown-ups have it all wrong. Perhaps evening is where children belong. Perhaps our model of society is madly off-centre. But if my children had their way, their dad would be called ‘Big’ (a Josephism) and I would be ‘Emily’ (thanks to Lily, who has realised she may not call me Lucy). They would own any number of animals, eat at fast-food outlets every day and choose their own clothes. I err – they already choose their own clothes. This means I get off the hook for outfit combinations which could not proudly be displayed in any decade in British history, while refusing to buy new clothes to match existing items just because they keep growing. Thankfully, as pre-schoolers, they are yet to feel the shame of mismatch and What Others Think of What You Wear.

But all will change very soon.

In only 49 days, Lily will Actually Start School. And not a day too soon – she’s been asking to go since 2010. I have it on record. This is a very exciting venture in many respects. She has met her teacher, and seen her classroom. She can’t wait to meet her again. She knows a few of the children in her class from nursery, and is excited about another neighbour who will also be joining them in the same class. She is planning on buying her first school shoes. She is worried about catching ‘nips’ from other children, but probably only the boys, as ‘girls don’t get nips mummy’. Will she talk of her parents, the eponymous Big and Emily, to an assembled group sat around her in the playground in the authoritative tones she has so carefully been working on? Will she actually realise that the combination of clothes she can choose from each morning can only match, being taken from a subtle palette of navy, grey, white and light blue? Will she admit defeat in her quest to chart every type of food in every possible eating place and its current status [pasta: Grandma’s house: allowed if normal, bananas: home: not allowed until 5th birthday, milk: nursery: not allowed if it has full-fat ‘bits in’]? Will she wear herself out before she wears us out each so-called evening and thus be ready to get out of bed every morning in time to skip to lessons?

I was given some good advice this week on settling children who won’t settle by my physio. I have a physiotherapist as I tore some ligaments in my lower back two weeks ago and have had to rethink my posture and lifting processes and learn lots of new words concerning anatomy. I have genuinely discovered and started to use some muscles that were apparently part of me all this time, in order to prevent having to spend the best part of another fortnight horizontally challenged any time in the future. Lying on your back in bed is quite an eye-opener, even at night-time. I have new appreciation for those who have even less choice over this, and when I am somewhat fitter, intend to do more for the people I know who are bed-bound. But back to the physio’s advice. I am giving this to you free, so take note. Apparently the trick is to film the child in the morning after a bad evening, and show it to them to make the point, when you are trying to settle them. I would do this soon, but I fear finding the camera will involve too much bending, and there is never enough time in the evenings to have a proper conversation with the husband about Improving Our Parenting and delegating bending jobs. The poor man has had so much delegated to him this month. And in any case, the practice of catching a child doing something we don’t like must be so carefully matched with finding and praising them doing what we do like, to keep respect and get a result. But once I do find the camera, and charge it, and sort out a Plan with Lily’s dad, perhaps we will film her in the mornings and show her how crucial it is to get to sleep at a sensible time.

But of course, by the time we do that, I expect she’ll have started school and already be in the new routine.

Or the days will shorten.

Or our expectations to have productive evenings with a young family at home will start re-aligning to something resembling common sense, and we will laugh at ourselves, have an early night and let the kids put themselves to bed. 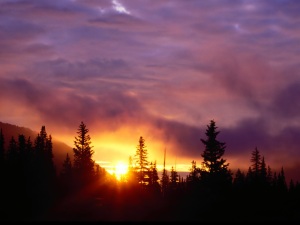 This entry was posted in Husband, Joseph, Lily, Me, School. Bookmark the permalink.