‘What does that mean? Is it Lily-language?’

‘Yes, it means [with actions]:

One was a lady, one was a man

Hello, hello, it is raining

I am going inside my shell 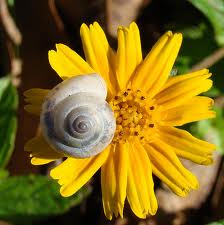 Lily just spent 24 hours with her maternal grandparents, including learning the following verse:

Well I think that explains her sudden foray into non-English poetry. Ha ha! But the flowers were all her own invention I believe. Tres bien!

my toes consider this my space

listening to crumbs in the kitchen

Posted in Poet, The Wife of Noble Character

A time to buy cards and a time to write them.

A time to alter the address spreadsheet and a time to mailmerge.

A time to paste and a time to post.

A time to wish and a time to list.

A time to stock and a time to fill.

A time to file and a time to stick.

A time to give and a time to forgive.

A time to book and a time to write.

A time to cook and a time to light.

A time to watch and a time to listen.

GMT. PST. How many hours behind am I now?

This Christmas I will be thinking in stereo. Probably with jetlag. But I am very excited because I will be seeing my sister again for the first time since her move to Canada. She cannot justify much time off work with tight film deadlines at this time of year and even tighter annual leave. And we cannot justify the expense and craziness of taking the four of us to Vancouver in mid-winter at an age when the children will be unable to remember it.

So, with the blessing of my family, I am going to travel out to see my little sister myself over Christmas. For me and for her, some well-earned catch-up time. For my husband and all four grandparents, quality time with the children. I am already missing them. Today marks ten years to the day since I met my husband and we still enjoy each other’s company the most.

Each day is precious in the company of the ones you love.

Posted in Husband, Me, Poet

I am angry like a headache before a storm

I am angry like a child whose toy is taken

When I am angry I want to use words not those weak anglosaxon words of shock but strong words battering like Job tell me tell me tell me no I just want you I just want you to know me do you see me do you hear me do you know my limits thus far and no further do my limits make you angry too I can’t answer you will you answer me and all of us if all our angry was added up would it make you quake do you feel angry too when we are shaken will you use our angry to do peace?

Posted in Me, Poet

You made me
Happy

Loved
From top to toe

Is this the real beginning of our
Big Brother
adventure?
Little Sister
so small, so far to go

O Katie, could you see this coming?

The journalists are up and running,

It seems the institution’s laid off.

Is this really what you’re made of?

I doubt the laureate’s got to thinking

Better get right down to inking

No one wants to cross with Jordan.

But why can’t you be treated royally?

I was changing channels lately,

came across you – quite irately –

telling hubby what you thought. A

in her ‘I love mummy’ outfit

(Mothercare: I also bought it).

Is the marriage out of favour?

Not exactly this month’s Flava?

Will you do a Wills and Kate,

See if this will boost your rate?

In any case I have to question

you should air your dirty linen:

a million saw your marriage spinning.